Hidden Veggie's For The Win!!!

May 17, 2017
Now, I'm not  one to toot my own horn regularly but... I bloody did it, I managed to find a way to get fussy miss 15 month old to eat a crap tonne of veggies that would have normally meant the end of the world with starvation being fast impending, followed by tantrums and a once clean floor now looking like. well, pretty much everyone's floor if they are the growers and defenders of small, hot headed, firm minded, apparently allergic to anything healthy children.

Now I have personally had many failed attempts of hiding veggies into meals, the best I could get away with was home made banana/carrot loaf. but I think she knows something is up because my hubby refuses to eat it as well. so now the loaf has become the DIY stress ball that crumbles and hides down the side of the highchair, unbeknown to me until it is clean up time.

Now the staple "hiding" ingredient for my newly found miracle is Cous Cous, which in itself if fairly healthy compared to the diet of cheese, plain biscuits and yogurt. Now this ingredient is new to me as well, after being to chicken shit to try it before, hubby finally convinced me to try it out. after selling me on the fact that it is so bloody quick to make, if you can boil water then you cant mess it up. after the second time making cous cous I had left it sit for a while and it was sticky enough compared to its usual fluffy texture, to roll into little balls and miss 15 month old actually ate it, and by ate it I mean she devoured it like it was going out of fashion.

So the oh so clever mind that I normally don't own decided, what if I try to make somewhat of a veggie soup and use this to replace the boiling water. so at 9pm once both kids were asleep I started hunting through the fridge and gathering all the vegetables I could find. I felt like a woman on a mission. and with my hunting skills I was also contemplating making a spear and loin cloth to add to the excited, brave wishful feeling I had. Now being in the shitty last days before grocery shopping day we were in, there wasn't much selection. but I managed to gather up a good sized carrot, the last two small potatoes that would have otherwise been left to make its own fermented vodka that always smells like death. garlic cloves, corn and the last scraps of frozen broccoli and cauliflower mix in the freezer.

Now these next steps are extremely difficult, get ready for it though. grab a pen and paper and write down every minuscule detail or it will be ruined. you ready?? got everything?? OK
Step one: cut up all hunted and gathered veggies found, into your chosen size
Step two: boil it all together.
Step three: sit back and admire how bloody smart and creative you are to fool your child into eating something healthy and bloody packed with the dreaded veggies.
and your done.
Now I know it was tough, go take 15 to calm down and relax after writing all of that down, you deserve it. pat on the back for you.

So after your chosen veggies are all soft just mash or blend it all together using the water it was boiled in, you want this to be runny. and using precise measurements of the eyeballing technique, simply add almost half/half quantities, you want the veggies to be slightly less than the cous cous, cover it for a couple minutes and hey presto, we have something that it sticky enough to roll into balls, or circles or any shape that takes your fancy without sticking to your hands and the plate.

Now if you decide to do as I did and cook up this miracle at your normal bed time you will have to wait until the next day to see if you have for once outsmarted a beautifully stubborn minded product of yourself ,
It did indeed work for me, tested out when we were at the brink of shattered eardrums as someone, not naming names, was about to go into a full blown tantrum because daddy had to put on his shoes, which meant he wasn't holding you for a long and gruesome 4 seconds.

Now go and see if you can find a way to feel like a boss mum for fooling your child/ren into eating healthier. And as miss 15 month old likes to say
Bub-eye

Popular posts from this blog

Garden Of BeLEAF - My New Chapter 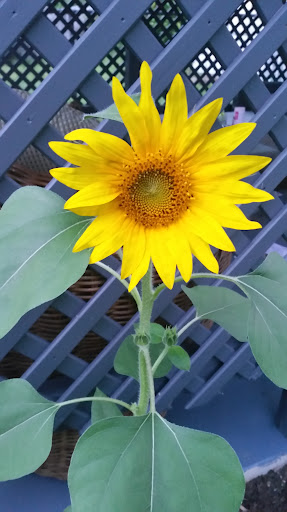 Welcome Back! I have been blogging on and off again over the past year with little success. Most likely due to my irregular posting, but none the less I am back. This time is a new chapter, my newly found love for gardening. I am notorious for killing any plants I try to grow from seedlings bought in store. And only once have I gotten seeds to start, and that was sunflower seeds from a packet for kids! So my knowledge of gardening is more limited than I originally thought. I realised that there is a bit more to gardening then throwing seeds into dirt and watering every now and then.
The main thing I have lernt this past month is germination, I honestly didnt know it excisted untill I found myself binge watching youtube on how to grow tomato plants (after hearing tomatos are one of the easiest vegetables to grow) so after wondering for so long why almost none of my seeds grew into anything once planted into pots, I decided to try my hand at germination idoors. And  to say im hooked is…
Read more Anddddd I'm back!
8 months since my last blog post is pretty bad, and its not due to one reason or excuse. The truthful and simple answer to why I have been absent from my poorly written, extremely sarcastic blogging is.... Real life. Yep that's it, real life got busy, then hard, then busy again. Rinse and repeat. "Brother and Sister love"


So a few real life things that kept me away were, hubby lost his job, the kids got more demanding, I battled through depression, we moved house and shared it with another family (worse mistake ever), hubby got a new job with crappy work hours and a 2 hour commute each way through peak hour traffic, and a miscarriage a week ago.

So yeah, life has been busy and shitty for a while. But I'm back with a new determination to continue blogging, I enjoyed it. Having a laugh, being sarcastic, sharing things with random strangers.

So an update on the kids... Miss 18 month old is now miss 2 years old in 2 days :D so excited but so crying…
Read more 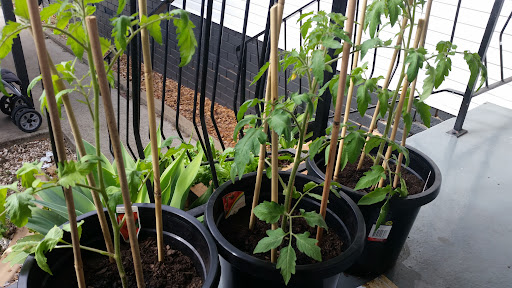 On my veranda garden, also knows as container garden I am growing several varieties of tomatos. 2 of which I have started from seeds and 3 which I bought as large seedlings from my local farmers market.

Now why I decided to grow so many varieties of tomatos is actually not known to me. I love the way tomatos look but I absolutly hate the taste of them. Tomato sauce/soup etc is fine for me. But in salads or on sandwiches is a no-go.
But as mentioned I love the way tomatos look, how there are so many varieties and the different looks of them all. So my plan is to make and jar up our own homemade tomato sauce using a mix if the varieties and share the jars with friends and family depending on how much we get. So the 3 tomato plants I bought from our local farmers market is: - Roque De Marmende - Black Krim (one of my favorite looking tomatos) -  Mortgage Lifter
So far the roque de marmende and black krim are flowering with more bulbs getting ready to flower , and the mortgage lifter has…
Read more